Today's Top Stories
1
The Way to Keep Coffee Fresh Is the Simplest
2
9 Female Surfers Who Should Be on Your Radar
3
Did You Know the Ram 1500 Has Math Formulas...
4
Here's the Cool Face Mask Many F1 Teams Are Using
5
The 10 Best Coolers of 2020 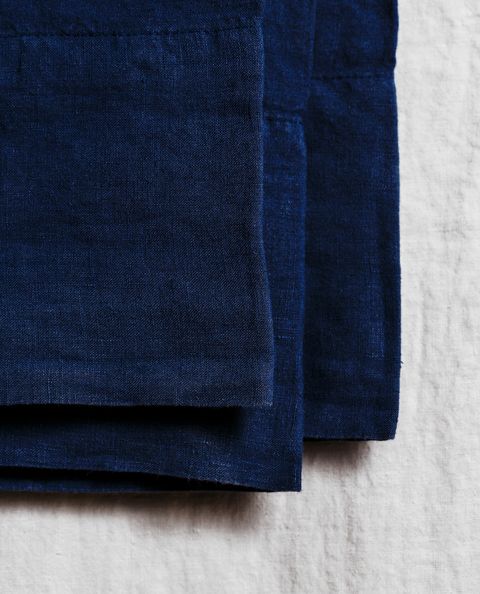 From Issue Six of Gear Patrol Magazine.
Discounted domestic shipping + 15% off in the GP store for new subscribers.

There’s not a home product more misunderstood than linen sheets. Turns out they’re easier to clean and far more versatile than most people assume. Here’s everything you need to know about dressing your bed in linen — from someone who actually makes the stuff. We spoke with Ariel Kaye, founder of the wildly popular Los Angeles-based bedding company Parachute.

Linen comes from flax, which makes for thicker fibers than cotton. This means linen bedding is actually heavier than its cotton counterparts. “Yes, there is an airiness to linen, but because of its weight, it’s plenty insulating for winter months,” Kaye says. “And its ability to wick moisture makes it good for hot sleepers.”

Linen has a reputation for being rough and textured, but according to Kaye, it really only takes a couple washes to soften up. “This is a barrier to entry for some,” she says, “but once it’s broken in it’s incredibly comfortable.”

What About Thread Count?

According to Kaye, most thread count claims are marketing ploys to drive up costs. “It’s measured by the amount of vertical and horizontal threads woven into a square inch of fabric, and there’s plenty of ways to fabricate your way to a sort of arbitrary higher number,” she says. A good rule of thumb: “Anything more than 400 is a sign of up-selling, particularly with linen, where you’re dealing with much, much thicker threads and lower counts as a whole,” Kaye says.

Wash linen in cool water without other items — that eliminates a lot of wrinkles. “Keep drying times low and run with low or no heat,” Kaye adds. “It’s not particularly different than cotton bedding, frankly. It also happens to be naturally stain resistant.”

“Due to flax being more expensive and the difficulty of removing impurities from it, linen definitely costs more,” Kaye says. “But if you buy good linen, it should outlast cotton and will only get better with age, where cotton sheets will show more wear. It’s an investment.”