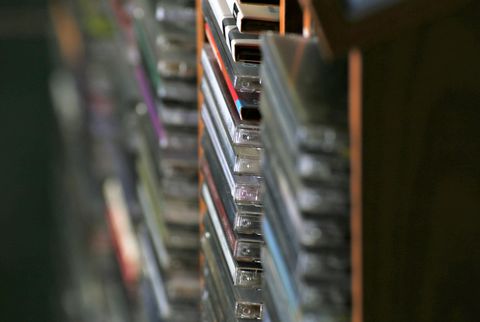 It’s 2020 and streaming makes up about 85 percent of how all music is consumed. Vinyl is in a resurgence, of course, with records outselling CDs for the first time in almost three decades. CDs, on the other hand, have been on the decline. Their sales have dropped by 95 percent since 2000 (the peak days of CDs), according to a new report, and are currently at their lowest level since 1986. To say CDs have lost their cool factor is a little bit of understatement.

Yet, there’s still good reason to buy them!

One of the great myths in the audio world is that vinyl sounds better than CDs. It’s just not true. Sure, you might prefer the warm analog sound, specifically its crackling and other imperfections, as well as the visceral experience of actually dropping the needle on a spinning record, but CDs are simply the best sounding physical audio format that most people can get their hands on. Compared to vinyl, CDs are able to produce a wider dynamic range and more bass. Plus they’re not going to skip (unless scratched).

If you’re streaming music from the likes of Spotify, Apple Music or Tidal, you’re listening to a compressed music file. That means that the audio data is being stored in less space, which results in a loss of information and the music isn’t going to sound as vibrant or as complete. MP3, AAC, WMA are all types of compressed music files. The best compressed digital music files are referred to as lossless because they don’t lose information, but only a few streaming services are able to play lossless or CD-quality audio. This includes Tidal and Amazon Music HD, both of which are pretty expensive.

If you’re looking for a superior audio format, CDs are the best deal you’re likely to get. To be frank, they’re cheap to buy. Audio shops and retailers are practically giving away used CDs, while new CDs are usually in the $12 to $15 price range. If you’re looking for vinyl, on the other hand, a new record will likely cost twice as much as that. Also, there’s the resale value of CDs and vinyl. It might not be much, but you can sell your old records and CDs online or to record shops; if you buy a digital song, like an mp3 file, there’s no resale value.

The CD booklets and album artwork are underrated.

In this streaming age, the album artwork seems to be more of an afterthought (to consumers, at least). Sure, you see a little picture of the album cover when you’re listening to a song, but you’re missing the story of the album. The 12×12 album cover of a vinyl record is still the gold standard, but the little booklet that comes with each CD, highting some behind the scenes shots or interesting artwork, and showing the lyrics to each song, is a nice middle ground between having to rely on digital images and having to store giant vinyl records. I always enjoyed getting a CD and flipping through the booklet while listening to it. It makes you feel more connected to the album, I think.

The portable CD player might be a thing of the past, but, believe it or not, big-time audio companies are still releasing CD players for the home. Why? Because audiophiles are still craving them. In the past few years, companies such as Cambridge Audio, Panasonic, McIntosh, Rotel and Sony have all released new CD players (or integrating them into digital streamers). They’re a great option for people who have a large CD collection and don’t want to pay for a music server (or spend the time uploading all their entire CD library to it). Also, high-end CD players aren’t terribly expensive.

The 11 Best Wireless Headphones for Running