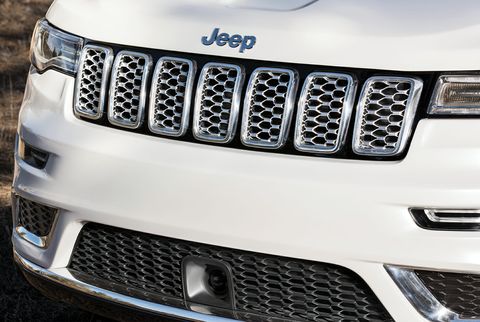 The Jeep Grand Cherokee may be a stalwart of the SUV brand’s lineup — the company moved 242,969 new units out the door last year, making 2019 the best sales year in Grand Cherokee history — but it’s an aging contender in the midsize SUV field. The current version, believe it or not, went on sale a full decade ago. In an era when crossovers and SUVs are in a constant battle for one-upmanship to stay relevant in a hotly competitive market, that’s practically Greco-Roman ancient.

Still, it was a little surprising to hear the news that an all-new Jeep Grand Cherokee would be arriving later this year slip from the lips of Ralph Gilles, head of design for Fiat Chrysler Automobiles. As Muscle Cars and Trucks first reported, Gilles casually mentioned the incipient arrival of the new Jeep in a recent Facebook Live video.

“I love the Grand Cherokee, it has survived so beautifully,” Gilles said. “It’s getting on now, and we’re about to replace it later this year.”

The news is a tad unexpected because Jeep hasn’t made much noise about the next-gen version of the G.C. Then again, the brand’s had no shortage of other news to dominate the conversation; between the Wrangler in 2018, the Gladiator last year, the 4xe-branded plug-in hybrid variants of several models coming in 2020 and the large-and-in-charge Grand Wagoneer expected soon, a new Grand Cherokee almost seems like an afterthought from an enthusiast standpoint.

It’s certainly not small potatoes for FCA’s bottom line, though. “If you go by what makes money for the company, it’s hard to ignore the Ram and the Grand Cherokee. They are our prized profit vehicles,” Gilles said in the Facebook Live. “I have to respect what it has done for us as a company, and the fact that it has found so many driveways.”

There’s no word yet on when in 2020 we’ll meet the new Grand Cherokee, but given that the previous version had multiple debuts at the New York Auto Show — the grand reveal in 2009, the SRT model in 2011 and the Hellcat-powered Trackhawk in 2017 — we wouldn’t be shocked to see it revealed in early April.

The best way to catch up on the day’s most important product releases and stories. Read the Story