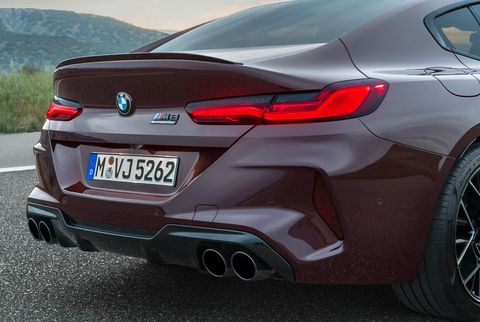 BMW has long since earned a reputation as one of the world’s preeminent makers of exciting cars (and, of course, motorcycles). Yet for a carmaker that’s long trafficked in making delightful, enthusiast-pleasing rides, the company sure has taken its fair share of opportunities to tweak those same enthusiasts that give it such a great reputation. Whether it’s charging a subscription for features that everyone else offers at a one-time price, cross-pollinating body styles to the degree that names become largely meaningless or just throwing in-your-face designs at us, the Bavarian Motor Works has no issue stirring up controversy in the name of progress.

That said, to their credit, they also don’t mind walking back decisions that may not have gone the way they likely hoped. BMW repealed its decision to make Apple CarPlay a subscription service, after all, and if the way they moderated the infamous Chris Bangle styling of the controversial E63-generation 7 Series is anything to go by, the buck-toothed face of the new M3 and M4 may well be smoothed down to something more digestible before long.

And now, we’ve learned that BMW is also taking steps to ease up on one of the most controversial features of its recent models: the synthetic engine sound that comes out of the speakers.

See, in case you hadn’t heard, just about ever new Bimmer nowadays uses speakers to simulate the sound of the engine, in a novel attempt to add some excitement back into cars that are ever-more soundproofed by the generation and thus isolate the occupants from the roar of the motors that are literally BMW’s middle name. They’re hardly the only manufacturer to do it — carmakers from Ford to Lexus to Volkswagen have taken similar tacts — but BMW’s self-proclaimed status as the Ultimate Driving Machine has caused it to draw more fire for the decision than many other brands.

(Also, unlike, say, VW, which uses a dedicated speaker mounted on the firewall for such purposes, BMW pipes an audio file of the engine note through the stereo, making it even more like the equivalent of an automotive backing track.)

But as Autoblog recently brought to light, BMW’s latest cars, like the M235i Gran Coupe, give the driver the chance to adjust just how much accompaniment the motor needs. In that car, at least, drivers can switch between “Sporty,” “Balanced” and “Reduced,” with the latter coming as close as you can get to no digital soundtrack at all. (There’s also an option to let the car decide which mode to use based on the drive mode settings.)

It’s a nice feature to have — though according to Autoblog, it requires delving deep into the iDrive system’s settings for the car, presumably to keep any fair-weather BMW fans from accidentally switching it off then angrily calling their dealership to complain that their M850i doesn’t sound as sporty as it used to. And you can be sure that we’ll be trying to find it on the next BMW we drive — and when we do, we’ll let you know how it sounds.

This content is created and maintained by a third party, and imported onto this page to help users provide their email addresses. You may be able to find more information about this and similar content at piano.io
Advertisement - Continue Reading Below
More From News & Product Releases
Famed Whiskey Reviewer Accused of Sexism
These New Nikes Make Every Runner Feel Elite
Advertisement - Continue Reading Below
Keen Releases Jerry Garcia Masks, Sandals and Bags
Did Ford Just Create the Best Cheap Pickup Truck?
Try to Win the Coolest Vintage SUV, Help Sick Kids
The Best Standing Desks for the Home or Office
Support Criminal Justice Reform and Win a Mercedes
Innovative Outdoor Tech Makes This Bong Awesome
Yup, This Is the New BMW M3
The 12 Best Jeans for Men