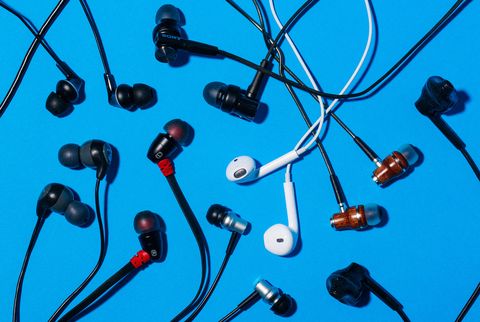 With the growing number of smartphones that omitted the traditional headphone jack, there’s a line of thinking that wired earbuds, especially cheap earbuds (under $50), are growing extinct. They might become extinct one day, it’s true, but we don’t see that happening any time soon. Wireless earbuds are still very expensive, comparatively, and there will always be a simplistic beauty in a plug-in-play pair of headphones. No need to worry about charging it. No need making sure it’s the right Bluetooth device connected to your iPhone. It just works.

Cheap earbuds often with the stigma that they also sound cheap, and the reality is that the vast majority of them do. If you care about audio quality, you should do more than just grab the first pair you see in the airport’s electronics store or continue to use the ones given to you by a flight attendant. To help you make a decision, we’re rounded up our favorited wired earbuds, as well as others that have been well-reviewed, and tested them ourselves.

Verdict: We came to love the way these headphones sound the more we listened to them, and the sonic leap when plugging them into our Meridian Explorer2 was dramatic. It’s frustrating that the overcooked product design of the S0s belies the sonic performance. If you just care about overall sound but don’t care about looks or brand pedigree you should put these near the top of your list.

Verdict: If you asked us which pair we’d buy to keep at our desks or home then we’d select the Shure SE112-GRs. The design and cables may turn off the streamlined commuter unless you like to look like you work in the music industry.

Verdict: If you like jazz, lighter rock, or classical you’ll like the way the AKG’s sound. They fit great and the noise-reduction is nice for just sitting at your desk listening to music – or on the plane in a pinch. They cost less than the replacement EarPods sold by Apple, which is a great starting point. They lack punchy bass, however.

Verdict: We like the mellow yet accurate sound of the HiFiMan RE-400. The bass isn’t spectacular, but they make up for it with a larger soundstage than a pair of headphones this cheap should have. We wouldn’t commute with these headphones. For more critical listening at your desk though, we came away loving the sound from the HiFiMan’s the most, especially with a small headphone amplifier in use. They sound great right out of a MacBook Pro’s headphone jack, too.

Verdict: These are easily the best-designed earbuds on this list. The Sony XB50APs also have a versatile fit and have a well-rounded sound. The bass is strong, but not as much as you’d expect on in a pair of earbuds named "Extra Bass," and the vocals and mids sound distinct and accurate, too. You can’t really go wrong with these, although, for almost $50, there are other earbuds that sound better.

Verdict: These earbuds are great for listeners who like pop, R&B and rap. The upper ranges lack a bit of separation, however, and there’s some reverb (echo) in the headphones that might annoy some. Also, the design is more artisan than we prefer in our gadgets, however, the wood and chrome design will appeal to some buyers. We wouldn’t make these our first purchase, but if you like your music loud and bass heavy then you’ll like the Symphonized NRG.

Verdict: Apple’s EarPods are all-around solid earphones, with above average sound quality, volume and features (like a volume control remote). The mids and highs are strong, especially when played at loud volumes. The bass also is decent, too. If they fit in your ears, there’s not much more you ask from a pair of $29 earbuds.

Verdict: The audio quality on these is decent but far from great, which you could probably expect from a pair of earbuds that cost as much as a New York City hoagie. If you’re after lightweight, secure fit and decent audio, at the lowest possible price, these are a good option.

This content is created and maintained by a third party, and imported onto this page to help users provide their email addresses. You may be able to find more information about this and similar content at piano.io
Advertisement - Continue Reading Below
More From Buying Guides
The Best Standing Desks for the Home or Office
6 CBD Products Professional Trainers Swear By
Advertisement - Continue Reading Below
The 8 Best Engineer Boots for Men
The 12 Best Jeans for Men
The 12 Best Dive Watches at Every Budget
The Best Instant Coffee for Camping
The 6 Best Mechanical Keyboards to Use at Work
The Best Sneakers You Can Buy Under $50
The 10 Best Western Boots for Men
The 90+ Best Chairs You Can Buy in 2020