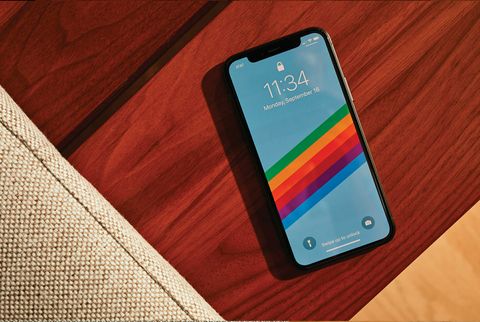 Update: Apple officially rolled out iOS 14 on September 16, a day after its big fall event. iOS 14 will be supported on the iPhone 6s and later, which is every iPhone that has been released in the last five years. You can download the new software by opening the Settings app > selecting General > tapping Software Update.

At WWDC, Apple gave us a preview of the new features coming to the iPhone with iOS 14 — and there’s a lot to get excited about. From a completely new home screen (with widgets, finally!) to much-needed improvements to iMessage, a brand-new translation app to more immersive AirPods, we’ve rounded up all the best new features to get you prepped and ready.

1. The Home screen is getting widgets, finally.

Apple is bringing about the biggest redesign of the Home screen with iOS 14, and that means widgets. Widgets on the Home screen have been something that Android smartphones have been able to do for years (and iPads as of more recently), and they allow your favorite apps, like Calendar, Photos, Podcasts and Weather, to display more information directly on the Home screen. Widgets will come in three sizes: small, medium and large.

It’s not yet clear which apps will be able to become widgets (or be able to put in “Widget mode”) and in which sizes, but Apple says that third-party app developers will be to create widget experiences. Since these Widgets will take up more real estate, this means that your Home Screen won’t have the same, neat app gridlock look, for better or for worse.

Related Stories
Will iOS 14 Work On My Current iPhone?
The Best New iPad Features (iPadOS 14 Is Out Now)
In the Market for a MacBook? Why You Should Wait

3. You’re getting an App Library.

App Library is a new feature that basically helps you organize and find all of the apps on your iPhone. The all-new App Library page automatically organizes all your apps into folders based on what they do. For instance, all your streaming apps (i.e Netflix, Hulu and Apple TV+) will be in a folder located “Entertainment,” while your social media apps (i.e Twitter, Instagram and Snapchat) could be put in a folder called “Social.” You will be able to get to the all-new App Library by swiping all the way from the right from the Home screen.

4. Call notifications are going to change.

When you get an incoming call in iOS 14, instead of seeing a message that takes up your entire iPhone screen, the message will only take up a sliver of your iPhone — sort of like you’re getting a push notification. The idea is that if you’re in the middle of doing something on your iPhone, you can simply swipe the call notification away and not disrupt your workflow. These small call notifications will work with normal phone calls, FaceTime calls and calls from third-party apps like Skype or Slack.

5. Picture-in-Picture for calls and other videos.

iOS 14 is adding a bunch of new multi-tasking and productivity features, and one of the most important is picture-in-picture. It essentially allows you to watch a video from video-playing apps while doing other things in other apps. The video will appear as a small floating screen over the other apps you’re using. You can move this small video player around your screen or off it completely while still listening to the audio.

iOS 14 is introducing a feature called “inline replies” to messages. It essentially allows you to create threads or sub-conversations within a group text like you can in many more robust chat applications like Slack. Inline replies will allow you to respond directly to a specific message within a group chat without appearing as the “bottom” or “most recent” message. You can also tag people within the group chat so they’ll be able to see a message within one of these inline replies. It’s going to take some getting used to, but it’s also going to make group chats be way less chaotic.

7. You can now hide Home Screen pages and apps.

Apple is finally adding a dedicated Translate app to your iPhone with iOS 14. It will be able to do both text and voice translations of 11 different languages. There will be a conversation mode that will allow you and somebody of a different language to communicate in real-time. There’s also an offline mode where you can download languages ahead of time, which is obviously ideal if you’re traveling off the grid in a foreign country. It’s nothing that Google Translate hasn’t been able to do for years, but it’s good that they’re finally going to be mainstays of the iPhone.

9. Siri is about to get way more helpful.

In iOS 14, Siri is going to allow you to use voice commands to record and send audio messages to your friends. Additionally, Siri is getting a new compact look when you summon it, similar to the new calls on iOS 14, and there will be a widget called Siri Suggestions that you can add to your Home screen, which will intelligently suggest different things (such as it’s time to start a workout, order coffee from the Dunkin app, or start up a podcast) based how you use your iPhone every day.

In iOS 14, your AirPods or AirPods Pro will now be smart enough to know which device you’re using, be it an iPhone, iPad or MacBook, and automatically switch to that device’s audio. For instance, if you’re listening to a Spotify playlist on your iPhone, but then play a YouTube video on your MacBook, the playlist will stop playing and you’ll hear the audio of the YouTube video on your computer. No more dealing with Bluetooth Settings.

The other big update is just for the AirPods Pro. It’s called “Spatial Audio” and it’s going to allow AirPods Pro to play way more immersive 3D sound. It utilizes the built-in accelerometer in the AirPods Pro to know exactly where your head is positioned in relation to the screen you’re watching, and it’ll then adjust the audio accordingly. It’s going to support 5.1-channel, 7.1-channel and Dolby Atmos audio, meaning your AirPods are going to deliver the most home theater-esque experience possible.

App Clips is a really interesting new feature coming that’s going to enable to you use third-party apps without actually downloading them. The idea is that, currently, there are a number of apps on your iPhone that you’ve had to download just to use once — to pay for a parking spot, rent a car, or order food from a specific restaurant — and then they just take up space. App Clips is compatible with Apple Pay and Sign in with Apple, and it’s going to allow you to use these third-party apps just by scanning a QR code or a specific App Clip code. iOS 14 is adding other features to declutter or hide things from your Home screen, but App Clips takes it a step further by preventing you from having to download the extra app bloatware.

Related article
The iPhone 12: What You Should Know
This content is created and maintained by a third party, and imported onto this page to help users provide their email addresses. You may be able to find more information about this and similar content at piano.io
Advertisement - Continue Reading Below
More From Product Support
7 Google Chrome Settings To Change Right Now
How to Use Widgets in iOS 14
Advertisement - Continue Reading Below
4 Fantastic Features on the iPhone's Files App
The 5 Best Features Coming to Your Apple Watch
This Quick Fix Can Make Your Desk More Ergonomic
8 Settings to Change on Your Smartphone, Right Now
4 Mistakes You’re Making Charging Your Phone
Take This Step Before Reselling Your Apple Device
Your Internet Isn’t As Fast As It Could Be
How to Better Keep Track of Your Subscriptions