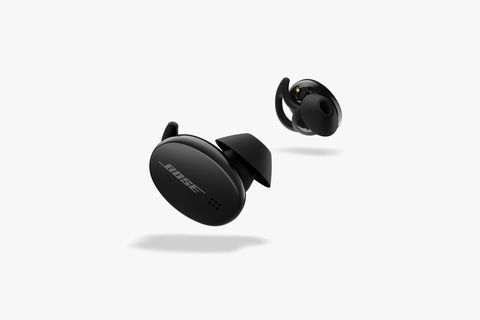 Here's a bit of background: In May 2019, Bose officially announced two new wireless earbuds. The Bose Earbuds 500 were going to be a smaller and sleeker version of the company’s current true wireless earbuds, the SoundSport Free earbuds (0 $149), and they were expected to be released by the end of 2019. While the Bose Noise Cancelling Earbuds 700 were going to be a high-end version with powerful noise-cancellation. The Earbuds 700 were expected to be released "sometime in 2020."

Of course, it's late 2020 and neither of Bose's new earbuds have been released yet. This has obviously frustrated people given that the popularity of the category has exploded and Bose, one of the most-loved audio companies, still sells two-year-old wireless earbuds.

Now, it looks like we're about to finally get what we've been waiting for. It's unclear if Bose is gearing up to release one or both of its new wireless earbuds, but the Bose QuietComfort Earbuds are likely a renamed versions of Bose Noise Cancelling Earbuds 700; the name "QuietComfort" is synonymous with the company's noise-cancellation, after all. Plus, the Bose Noise Cancelling Earbuds 700 is a mouthful.

This content is created and maintained by a third party, and imported onto this page to help users provide their email addresses. You may be able to find more information about this and similar content at piano.io
Advertisement - Continue Reading Below
More From Audio
These Killer Desktop Speakers Are Finally in Stock
Save Over $200 on These Beautiful Wireless Earbuds
Advertisement - Continue Reading Below
The Most Popular Vintage Receivers and Amplifiers
Modern Hi-Fi Is Leaving a Classic Component Behind
5 Great Bookshelf Speaker and Amplifier Pairings
Update Your AirPods Pro and Get Better Audio
The Best Multi-Room Wireless Speakers of 2020
Can a Headphone Amp Improve Cheap Earbuds?
The Bose QuietComfort Earbuds Are Officially Here
Hate Sweaty Earbuds? Bose Has the Answer.