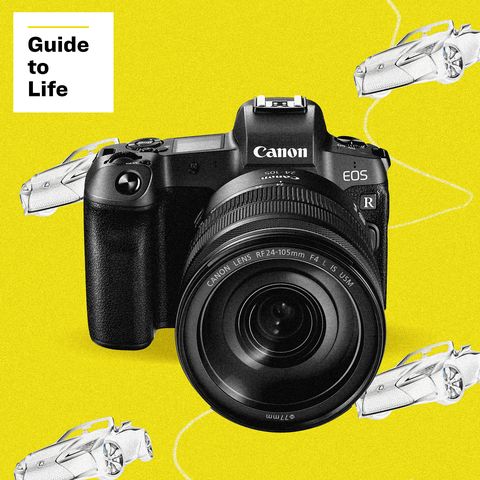 These days, it can seem like everyone wants to be a photographer. We all certainly have the tools: smartphones have made high-quality cameras ubiquitous; increasingly cheap computer storage means you'll realistically never need to worry about having too many pictures; social media apps have made sharing our photos (and judging other peoples') easier than ever. But having the tools to take great pictures is one thing; having the skills to do so is something else entirely.

For car enthusiasts, taking pictures of cool vehicles is as important as snapping shots of your friends, family or pets — yet it requires an entirely different set of techniques to do well. Below, we've rounded up some tips that can help you make sure your next informal car shoot looks good enough to score a picture on the front page of your favorite car magazine or website.

Photographers Andrew Link and DW Burnett both shoot cars for a living, and they both agree that placing your subject in the right location makes an enormous difference. A good picture is a good picture, whether or not it has a car in it. "If you took the car off the road, would it still be a compelling picture?" Burnett asks.

Details matter, as well. "You want to avoid poles and other objects 'growing' out of the car," Link says. "Clean lines in the background will go a long way to making the car stand out."

Use the rule of thirds; the picture may not look best with the car smack dab in the middle, even though that might be what your Instagram-trained brain thinks. "If the car is coming in from the left," Burnett says, "make sure you leave space on the right.”

You don't need the flash (but you might want a tripod)

Link has been known to use advanced lighting gear to great effect, but he'll be the first to tell you that those don't make the picture, just accent it.

"You don’t need the latest and greatest in off-camera lighting to make a great cover shot," he says." Golden hour is your friend, he adds. "The hour after sunrise and the hour before sunset will give you all you need to make a cover-worthy photo."

Also, consider investing in a tripod for your phone — or at least look for a place to set it down and balance it. Modern smartphones pack impressive image stabilizing capabilities, but their light weight and small lenses and sensors mean pictures can turn blurry in lower light scenarios. A tripod enables steady shooting and longer exposures. (If you really want to avoid shaking the camera with your hands, you can even use an Apple Watch as the remote shutter for your iPhone.)

It's a simple trick, but a good one to remember. "Always, always, always turn the face of the wheels toward the camera," Link says. Doing so give the wheel — an often-neglected but character-packed part of a car's image — more visibility; it also makes the vehicle seem more dynamic, as if captured in motion rather than sitting still.

Shooting vertically presents its own challenges

A magazine cover, like an Instagram Story or a portrait, is vertically oriented — but the lines of a car are primarily horizontal. If you want to fit a car into that format, you need to be willing to change your perspective — and your altitude.

"To make the most of the vertical frame, try getting slightly higher and looking down at the car," Link says. "This will let the car fill the frame, rather than just taking up a thin strip in the middle." (Plus, as Burnett points out, you can also use this to avoid getting a bad background in the shot.)

A stepladder is ideal for this, but you can use anything that gives you a sturdy, safe foundation — a curb, a hill, a chair, even the hood or roof of another car. (Just be sure the owner of that car is okay with you standing on it.)

Sometimes, you'll want to squeeze more than one car into the frame. If that's the case, make sure you're looking at them from an angle that keeps them from overlapping. "Give them room to breathe," as Link puts it.

Use all your lenses

Shooting cars with a wide-angle lens can throw off their proportions, if the part nearest to the shooter is significantly closer than the rest of the vehicle. If you're snapping away with a smartphone that has multiple lenses, try using the telephoto lens to shoot full-body shots of the car. You just might find that it makes that sports car look even better.

This content is created and maintained by a third party, and imported onto this page to help users provide their email addresses. You may be able to find more information about this and similar content at piano.io
Advertisement - Continue Reading Below
More From Motoring
5 Things to Know About Driving an Old VW Bus
The 5 Best Rain Tires for Motorcycles
Advertisement - Continue Reading Below
Which Toyota RAV4 Is Best: TRD Off-Road or Hybrid?
The Complete Mercedes-Benz Buying Guide
What Does Ford's Mysterious New Trademark Mean?
Mercedes Could Make Huge Changes to Its Lineup
The Land Cruiser Could Get an Unlikely Competitor
Last Chance: Fight for Change, Maybe Win a GT500
2020 Ford F-150 by Mil-Spec Review
Why the New Ford Bronco Will Never Have a V-8