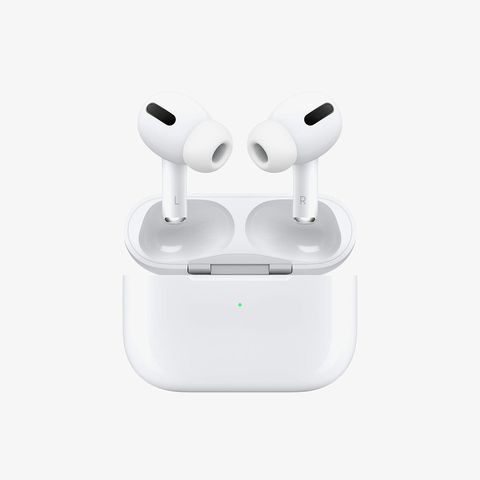 If you're in the market for noise-canceling wireless earbuds, you've got options. In the past year or more, Apple, Sony, Sennheiser, Samsung and Master & Dynamic, have all released their own noise-canceling wireless earbuds. The problem? They're all pretty expensive. The two most popular options, Apple's AirPods Pro ($249) and the Sony WF-1000XM3 ($228), for example, both cost well-over $200.

When comparing a pair of $99 wireless earbuds, like the Epic Air ANC, to a pair that costs $249, like the AirPods Pro, you naturally expect there to be some tradeoffs — and there definitely are some with the Epic Air ANC. But the tradeoffs may very well be worth it for you.

Even at a cheaper price, you still get good audio quality and great battery life.

The Epic Air ANC are actually pretty solid wireless earbuds. I ran with them. I worked out with them. I listened to them during the day while I worked. And they worked just great. The sound is good, with pretty clear mid-range and highs, and it's not overly bass-heavy like you normally get with other cheap earbuds.

The battery life of the Epic Air ANC is one of its most defining features, with each earbud getting about 12 hours of playtime on a single charge and the case providing an additional two charges to each earbud. Plus, if you're in a pinch, a quick 15-minute charge will get you about an hour of playtime. JLab Audio claims they support wireless charging, too, although I didn't have a wireless charger to test them on.

The Epic Air ANC are actually pretty intuitive to use and they come with a lot similar features found in premium wireless earbuds, such as optical sensors in each earbud as well as capacitive touch controls, the latter of which allows you to toggle between three different settings: ANC on, ANC off and an ambient sound mode. There's also a companion app — the JLab Air ANC app — that will allow you to adjust EQ settings, however at the time of my review it hadn't launched yet so I wasn't able to play around with it.

Even though JLab Audio's wireless earbuds have a number of premium features, not all of them are pulled off. Most notably, the noise cancellation. When I had the noise-canceling turned on, there was this effect that made it sound like I was in a wind tunnel or driving in a car with a window down — which wasn't great. JLab Audio is working to improve the quality of its ANC in software updates but advanced noise-cancellation requires both sophisticated hardware and software and it's hard to imagine they could ever punch at a premium weight.

The look and feel of the earbuds themselves isn't bad, though. In fact, they fit every similar to Apple's AirPods (non-noise-canceling), but they also come with a number of silicon eartips to ensure that they'll fit snug in your ears.

Its case however, is clearly a place where JLab is saving money on production, It's missing features like wireless charging, and instead of coming with a wall adapter and a charging cable, there's an integrated charging cord build right into the case. It's convenient in some respects, since it means the case is an all-in-one package, but that integrated cable is really short — like two inches in length — and causes the charging case to dangle from the wall if plugged into a wall outlet.