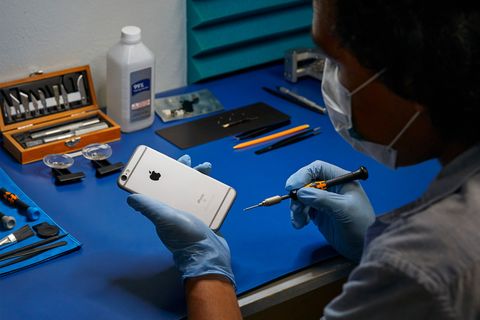 If you've owned an iPhone 6, iPhone 7 or iPhone SE back in 2017 (or before), there's a good chance that Apple owes you money. The Cupertino giant just settled a class action lawsuit and has agreed to pay up to $500 million to people who had one of its older iPhones. The maximum amount a person can receive (per device) is $25.

The lawsuit started back in 2017 when people found out that new iOS updates were actually slowing down the performance of their older iPhones. Apple stated that this was intended to preserve battery life, but nevertheless people weren't happy that they hadn't been explicitly told, and Apple ultimately agreed to pay out $500 million in a settlement. Fast-forward to today and there is finally a website -- here -- that you go to and file a claim.

In order to successfully file the claim you'll have to know the serial number of your affected iPhone. If you don't have that iPhone, you can still find out its serial number as long as it was filed using your Apple ID. Just go to Apple's support page and follow the steps under "If you don't have your device."

You have until October 6th to file.