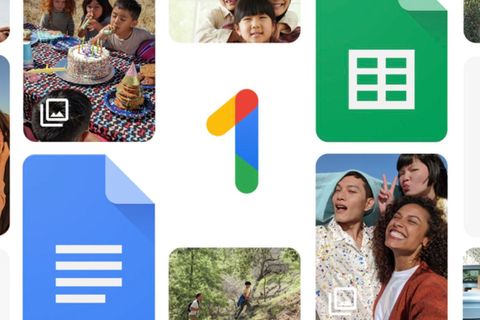 Google just launched Google One, a cloud-based storage plan that effectively replaced Google Drive storage plans, about two years ago. It was great because it gave everybody who had a Google account free 15GB of storage, but for an additional subscription fee ($2/month) it provided storage for things like photos, videos, messages and contacts. The downside was Google One didn't have an iOS app, so iPhone users were kind of left out in the cold.

The good news is that's changing. Google just announced that Google One is getting an iOS app for the first time in the very near future. The iOS app will let you store photos, videos, contacts, and calendar events. Its automatic phone backup feature -- up to 15GB -- will be free for iPhone users as well. (Apple only 5GB of iCloud storage for free.) And iPhone users will have a storage manager feature that's already available on the web, which makes it significantly easier to delete old data that's that's taking up storage and eating into your free 15GB.

According to Google, the Google One iOS app will be "available soon."