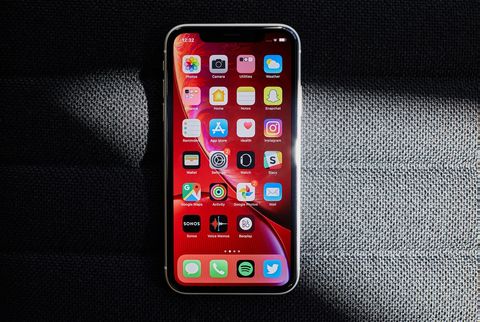 It's not every year that Apple has two fall events, but now that the trillion-dollar giant has gotten its first out of the way, we have a better idea than ever about what the iPhone 12 event later this year might look like.

The iPhone 12 event is bound to be beefy.

Apple already tackled a lot of considerable updates in yesterdays events. Not only did we see the new Apple Watch Series 6, Apple Watch SE and an iPad Air redesign -- we also got the launch of the Apple One bundled streaming service. By spinning off those products into their own event, Apple ensures they get attention and aren't overshadowed by bigger news, and that it has plenty of time on stage later this year to devote to the iPhone 12. All signs point to there being a lot to talk about.

Rumors so far have suggested that there will be four different iPhones this year, compared to last year's three: two "Pro" models and two more affordable ones. What's more is that they're are almost assuredly sporting a boxier redesign and 5G capability, all details that demand a fair bit of stage time.

But biggest of all seems to be the launch of long rumored "Air Tags" -- augmented reality tracking tiles that are rumored to make use of a new iPhone 12 camera mode. It's a feature that would take a lot of stage time to explain and demonstrate, and yesterday's Apple event appears to have cleared the runway for exactly such a demo.

Yesterday Apple announced that it will no longer be including wall adapters with the Apple Watch, owing to how most people already have one and limiting the production helps reduce waste (not to mention it no doubt helps Apple improve its margins). Rumors were already swirling that the iPhone 12 would drop the wall adapter too, and absent any tidal wave of outrage, it seems likelier than ever. Though you may get a nicer charging cable to help balance it out.

The new iPhones may come with a free subscription sweetener.

The new "Apple One" subscription package is obviously a very important part of Apple's play to supplement its hardware revenue with a steady flow of subscription fees, but the hard part is getting people signed up. In a bid to get folks hooked on Apple TV+, the company provided a full year's subscription with the purchase of new iPhones, and it's not crazy to anticipate that something similar might be coming with Apple One.

Free subscriptions are a great way for Apple to try and coax edge-case upgraders into shelling out for an all new phone, and also to train users to rely on their services. Apple One is bigger than Apple TV+ in that, even at its base level, it includes three other services, but that just makes the stakes even higher for Apple to get people hooked. A free year of Apple One basic with the new iPhone is far from guaranteed, but neither is it out of the question.

This content is created and maintained by a third party, and imported onto this page to help users provide their email addresses. You may be able to find more information about this and similar content at piano.io
Advertisement - Continue Reading Below
More From News & Product Releases
Keen Releases Jerry Garcia Masks, Sandals and Bags
The 10 Best Everyday Backpacks Under $100
Advertisement - Continue Reading Below
These New Shoes Are Like Spotify for Runners
Score this Classic Camp Stove at a Deep Discount
What You Should Get from Uniqlo U's New Collection
Trying to Win This Scout Helps Save Sick Kids
This Affordable Seiko Dive Watch Is 41% Off Today
Enter to Win This Rare BMW and Help a Great Museum
Innovative Outdoor Tech Makes This Bong Awesome
Some of Tumi's Best Suitcases Are Now on Sale